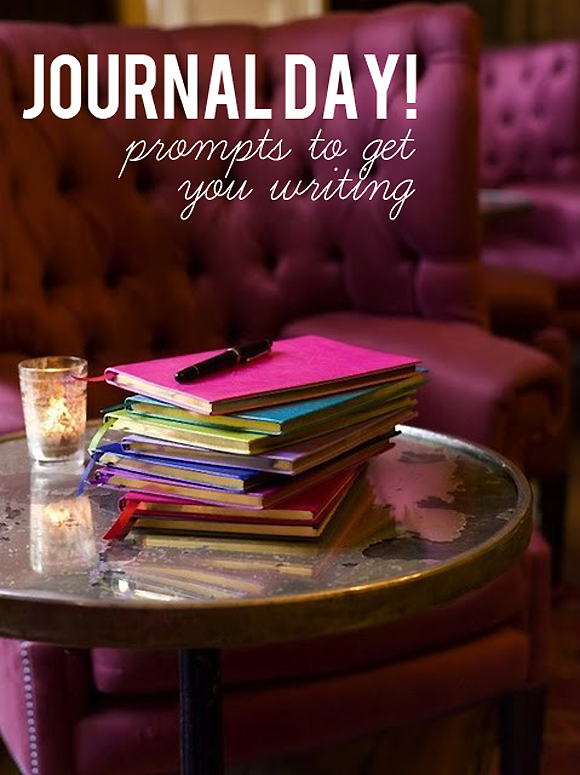 I saw this over at Life in Beta and Sometimes Sweet and figured I’d join because I always need a kick in the pants for writing inspiration.  Danielle from Sometimes Sweet has started a weekly project called Journal Day.  Basically, she will be posting a weekly writing prompt to help us get our creative juices flowing.

Describe a “first” (first date, first lie, the first time you experienced something, first time in a particular setting, etc). Include as many details as possible to paint a picture.. . . .

One of the things I remember most about my first date with Steve was the giddiness, that feeling of butterflies constantly fluttering around in deep inside of my belly.  There are small details that stand out but amazingly enough, the details I’m supposed to remember – what date it was, what I was wearing – those are the ones that escape me.  I don’t know if it’s due to it having been over ten years or if the fact that all it was supposed to be was a summer fling.  Maybe part of me overlooked those details because it thought, in the long run, that those wouldn’t matter because we weren’t supposed to last anyway.

Except we did and now, I always feel like I have to explain myself when I mention that I can’t remember our first date or our first kiss or the first time we, well, you know.  But there’s been so many of those since then and my theory is it’s the one’s that are still happening that should count because it means we beat the odds and are still in love after all this time, right?

Regardless, that first date, the first time I remember the two of us going out along on official capacity – that was an interesting evening.  We had been out before with another friend of mine – a night when he had offered to drive the two of us down into Philly to the club because we “just wanted to dance!” and we didn’t have a ride.  I remember that night – I remember dancing with him and laughing because of the way he held his arms above his head and made a joke out of it.  And how I dressed UP that night, with my skin tight black club pants and my tight little tank top with the black dragon on it.  And my black chunky heeled boots (what?! I was stylin’!).  And I remember some dudes yelling out of the car about how nice my butt was.  And I remember sitting in the backseat and feeling giddy because he kept catching my eye in the rearview mirror.

I had liked this kid since high school.  I mean, LIKED – as in HUGE CRUSH.  As in, way out of my league (or so I thought).  Back then I was in Chorus and he was a year older and captain of the football team.  He was too cool for me but he was in my Physics class and I found him rather endearing – cute, friendly, funny – an overall nice guy.  I just never had the guts to go for it.

Until the night he took us to dance, which was actually my idea because I was in his store and I mentioned we wanted to go dancing and that he should drive us, thinking he would never go for it but surprised when he did.

And after that night, he came up to my store and I remember seeing him and feeling my stomach do flip flops and continuing to stock the racks while he stood and chatted with me and then asked me to the movies.

I don’t remember him picking me up.  I can tell you from experience and how I was that I most likely spent hours getting ready and wore my cutest jeans and probably my most skin bearing top (because I was in that “clubbing” stage of life – I didn’t dress completely like a skank outside of the clubs but pretty much, anything I could get away with without actually looking like a skank is what I wore).  I know he picked me up in his blue ’89 Bronco, which is a truck I would come to love.

What I do remember is this: we backed in to a far corner of the lot because we were crazy early for the movies and it was a nice and warm summer night.  He had bought a six pack of Corona, which he knew I liked to drink.  Most of the illumination came from a street light on my side so I remember the glint of the bottle in my hand as I would shyly look away from him and the fact that most of his face was in the shadows.  I couldn’t tell you anything we talked about that night except that it is most likely things that we have now discussed a thousand times over.

The beer went to my head and combined with those damned butterflies, I was positively walking on air by the time he leaned over the center console and kissed me gently, a mixture of booze and Listerine lingering.  I never counted that as our first kiss, probably because it was sweet and gentle and quick and back then, a kiss was that you remembered was one that had tongue.

Once we had to head in for the movie, I remember he held my hand and his grip was strong.  I was lightheaded and giggly from the beer which was perfect because we were going to see The Whole Nine Yards. I wasn’t particularly interested in it but I believe it was the only decent thing out at the time and it seemed to be the perfect middle ground for a first date movie.

Here’s the craziest thing I remember.  A month before this, I had broken up with my boyfriend – a kid who I worked with at the sporting goods store.  He was a nice kid but he was too much for me – too clingy, too fast, too immature.  I remember him wanting to talk on the phone for hours, saying he loved me within the first few weeks, talking about marriage the first month in.  I was not all about that stuff at this point in my life.  So I broke it off.  I felt bad because, as I said, he was a nice kid, but it just wasn’t something I was interested in.  He cried.  He got angry.  He went back to his sixteen year old girlfriend (he was 20 at the time).

The worst part about it was that he played hockey with some of the guys Steve worked with and was really good friends with.  And just a few weeks before, I had gone to his hockey game, as I did every other one.  And this hockey game happened to be the game that Steve showed up to with a few of his others buddies.  And it just so happened that he sat in the row right behind me.  Of course, me being the polite nice girl I was (and having all of those high school crush feelings come rushing back at me), I struck up a conversation with him.  It was harmless for the most part – just catching up and talking about work, what we had been doing since high school, explaining why we were there.

But the boyfriend at the time – did not like it.  He very rudely informed me when I met him outside the locker room after the game that he noticed I spent most of my time talking to Steve and didn’t pay attention to his game.  To which I informed him that it was harmless, I knew Steve from school and he needed to get over it.

The thing was, he couldn’t.  And it wasn’t like I spent an awful lot of time with Steve – I would just acknowledge him at games and chat with him when he was in my section, which he happened to be a lot of the time.  As I came to find out, the buddies that Steve was actually there to watch happened to be former “best” friends of my boyfriend’s and my boyfriend happened to be none too fond of Steve because he thought Steve had kind of “stolen” his friends away by getting them to go party with him.

So there was backstory that would come back to rear it’s ugly head.

The night of our first date, the old boyfriend and I had been broken up for at least a month.  I was giddy with excitement because I did genuinely like Steve and had liked him for a number of years but this was legitimately the first time we had spent any significant amount of time together or even talked about dating.

We head into the theater, me following slightly behind him, sipping on Diet Coke to hide the booze on my breath.  The lights were already down and I was barely paying attention to where we going because I was watching the previews (I hated to miss them!).  Steve leads the way and because the theater is rather full, he picks about the third row in and starts “Excuse Me’ing” in.  I follow suit and as I climbing over people’s legs, I see Steve’s friend from CVS and smile down at him.  See another friend from CVS and smile down at him.

The I see the face of the ex-boyfriend.  Staring up at me with wide eyes that shifted from me to Steve and back.  I choked on my soda and hurridley squeezed in on the other side of Steve, who looked over and realized why I was so panicked when I elbowed him and jerked my chin.  Steve laughed then patted my leg.  I spent the rest of the movie alternating between feeling my stomach jump and my heart flutter whenever Steve would touch my hand or my leg and feeling completely mortified because I could feel the ex-boyfriends eyes boring through my soul from two seats over.

It all eventually worked out.  Here we are, ten years later, and Steve and I are still together, still boozing it up sometimes before we go the movies but thankfully not running into any exes (moving twelve hours away will help with that, trust me).  I don’t know what happened with the ex-boyfriend besides the fact that soon after that, he tried to accuse me of cheating on him and was spreading nasty rumors about me at work and I, along with every other person in the store who knew better, shut him down immediately.

I may have dressed like a skank but I was not a cheating skank, thank you very much.

Looking back, it all seems like too easy of a coincidence.  I was naive back then so I just assumed everything was an innocent move on most people’s behalves – I mean, I like dancing so why shouldn’t Steve like it.  As I quickly found out, he does not like dancing and never went to clubs but he went that night because he was interested in me.  And maybe all of those random conversations at the hockey games and him somehow always sitting by me were planned but I didn’t know it at the time and never gave it a second thought because I had a boyfriend and he had always been an unattainable crush.  And it’s interesting that the guys he worked with showed up in the same theater with my ex-boyfriend on the same the night we had a date and we sat in the same row.

Steve is certainly not a dumb person and maybe I was for thinking all of these were harmless.  There was obviously some calculation going on in certain parts there.

Because, as Tom Petty said, “It’ll all work out eventually” 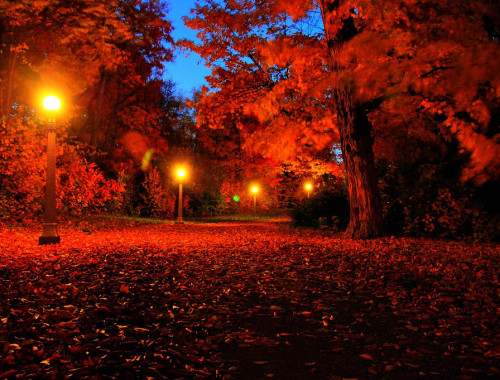