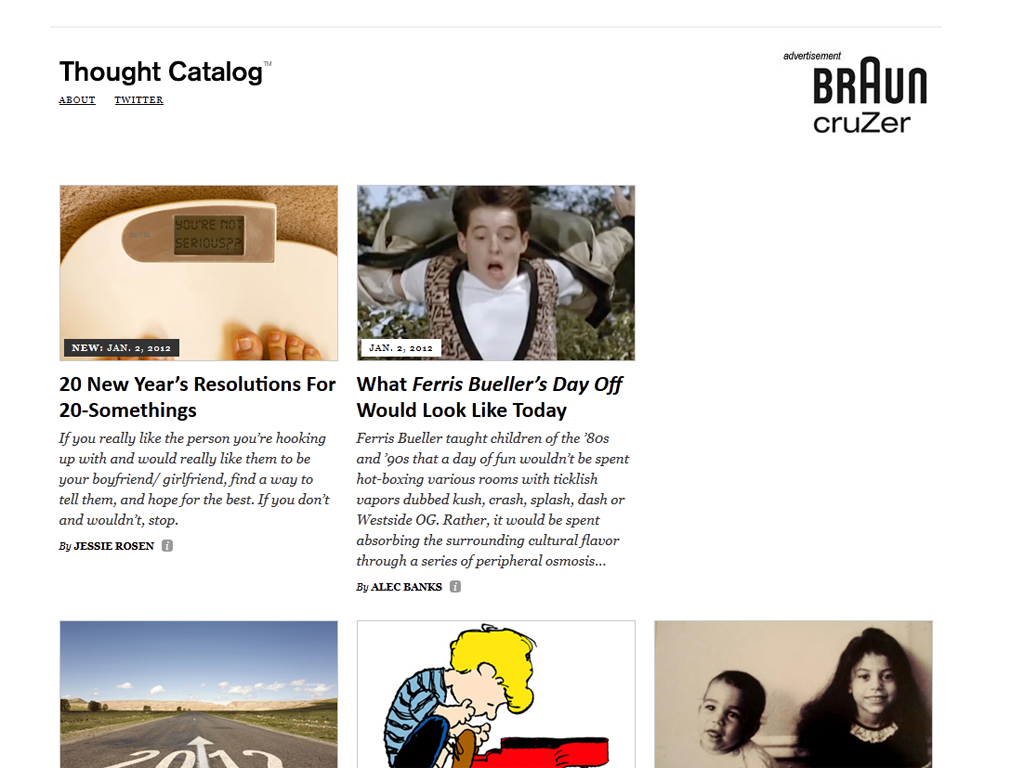 A few weeks ago, a friend of mine posted an article on her Facebook that sounded interesting so I clicked on over and found this site:

Love someone like you’re thirty. Not like you’re running out of time, not like your options are drying up. Love him because despite failure and disappointment and fear, you can’t help yourself. Love him in spite of your past; believe in your potential when your better judgment tells you not to.

And I spent the next hour browsing through all of the articles on the site, bookmarking some great ones. Since then, I’ve subscrived to their feed and love reading most of their content. Granted some of the articles can be a bit superflous and I can tell their written by younger people in a different time of their lives. Some are even a bit angsty.

But some are great. I have a boatload of starred articles sitting in Google Reader and I figured that instead of inundating people on Facebook or clogging up my Stumbleupon timeline, I’d do a listing here of the ones I’ve loved so far.

If you have some time, go on over and check them out. It is a great site to add to your feed readers if you’re looking for something different than personal blogs, gossip sites or Damn You Auto Correct!

“Make and keep friends who serve as family when your parents don’t realize you exist. Make a pal like Chris Chambers. The nurturers. The listeners. They’d run through a brick wall for you, but slow down just enough to ensure that they weren’t holding you back. They’ll be the ones you just won’t be able to keep no matter how much you try. Sometimes life comes at you fast and they’re gone in a plume of baseball rosin.”

If I Were a Banned Book – William Henderson

“If I were a banned book, I’d be cupboards and wardrobes and the hidden door under a stairwell in which lives the boy who lived. I’d be beanstalks and magic shoes and godmothers, winged and otherwise. I’d be potion poultice poetry. I’d be words wings wizardry.”

“Others are harder to swallow, the complex, multi-course meals made of layer after layer of uncertainty and guilt, warring flavors of disbelief and longing to believe, fear of getting what you want and fear of losing what you never had. It’s okay if you can’t choke them down right away, if they get stuck halfway and leave a lump in your throat, if they make you sick and some of them leak out through your eyes and nose or burst out of your mouth when you least expect it.”

Moments that Will Always Make You Feel Happy – Ryan O’Connell

“That moment when you spritz yourself with a fragrance, light a new candle, lounge around in your apartment in your underwear and rub moisturizer all over your legs or paint your toenails or lay in bed with the window open and a soft breeze is giving you hickeys. These are the moments when being alone doesn’t actually feel lonely.  You’re thankful for the peace and quiet, and hope it stays for as long as possible. You find safety in being by yourself.”

“Lisa Frank is not the name of a woman, it is the name of a movement, a culture, a way of living. It is a theory, a concept, a belief in something greater than yourself. It is the belief that all girls are entitled to dolphins covered with rainbows, jewel-encrusted frogs, and unicorns in acid-trip colors hugging each other. It is the ideology that no notebook is complete until it literally hurts your eyes to look at from so much color saturation. It is the hope that no school supply, no matter how insignificant, will be left un-bedazzled.”

“That buzz in your brain, that vibration you feel when your ambitions have been rewarded, when you finally succeed where it matters most? Hold on to it tightly; recall it when the champagne giggles of accomplishment fade into a content sigh, when the high of recognition wanes. Never take the electricity of achievement for granted; you will have been lucky to experience it in the first place.”

When We Were Seventeen -Bart Schaneman

“It was us against everything. Against the adults. The older kids. The younger kids. Against age. Against time. Against not having enough money and not being able to really work for it, but not really wanting to work. Always music and always loud. If we couldn’t change the landscape where we lived, we could change the way it sounded.”

How to See Someone Naked – Ryan O’Connell

“Take care of them when they’re sick. Bring them juice and tea and tissues. A body that once seemed so sexy and vibrant is now being reduced to mush. The body is shaking and wheezing. It’s not giving you orgasms. It’s not making you hard. Seeing this stark contrast makes you realize that you’re seeing them naked but in a different way. Naked doesn’t always mean sexy.”

Week In Review:  The 9-to-5 Employee -Stephanie Georgopulos

“Friday: You will eat something that is horrible for you. You’ll insist that you’re going home directly after work, but probably not. Depending on the week, you might receive a paycheck, in which case the incentive to party grows exponentially. You will either spend the night at a birthday party for someone you only know tangentially, or wrapped in a blanket burrito on your couch watching reruns of television shows. You have no idea what time, channel, or year these shows originally aired on. That is the rule.”

In Defense of The Emoticon – Stephanie Georgopulos

“I use them. On the daily. And you will have to pry them from my cold, dead, Carpel Tunnel Syndrome-riddled hands if you have a problem with it. How, in an age where we earnestly refer to ourselves as “plugged-in” and “wired,” are we taking ourselves so seriously that we bemoan the use of a smiley face now and again? Communication is a constant work in progress, and emoticons fill the void that digital interaction has created.”

The Complex Joy of Being Sick – Leigh Alexander

“Don’t we live in a world where we learn that all relief is viciously hard-won, and haven’t we all wanted to bend the rules from time to time? Deep down, don’t you feel it — that complex mingling of guilt and gladness you feel when you’re a sick adult? After you’ve called in to work and emailed to shoulder your burdens onto others, don’t you feel a childlike gladness that you’ve no other way of obtaining?”

Advice I Would Like to Give to Teenagers – Ryan O’Connell

“When you’re a teenager, you’re constantly searching for things that can tell you who you are. “Does this Smiths record adequately explain who I am? What about this Who poster?” Sadly, some people never grow out of this. They’re always looking to the external to define the internal and it’s super sad. What most people learn however, is that music, clothes, books, are like added seasonings to an already flavorful personality. They don’t make up the inner core but they certainly make for nice dressing.”

You Should Date an Illiterate Girl – Charles Warnke

“The girl who reads has spun out the account of her life and it is bursting with meaning. She insists that her narratives are rich, her supporting cast colorful, and her typeface bold.”

Those were just a few of my favorite, there’s so many more! So head on over and enrich your mind. 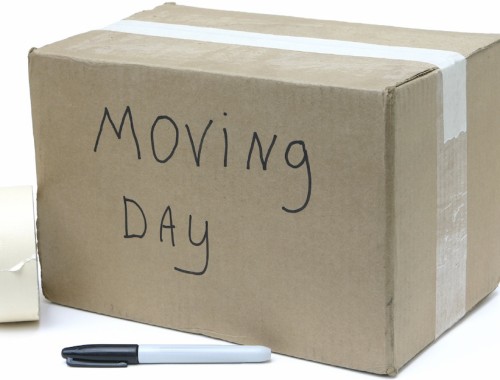 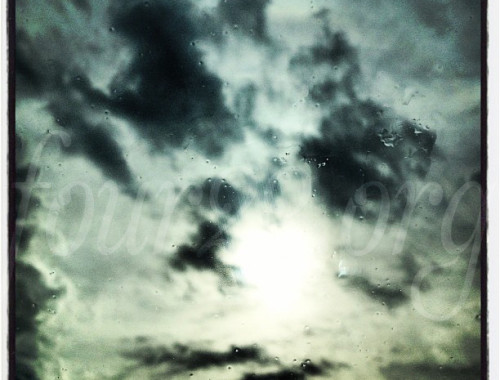 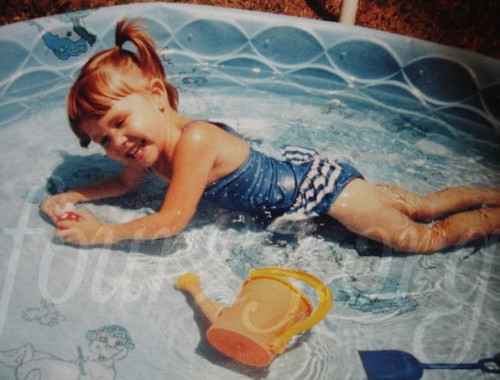