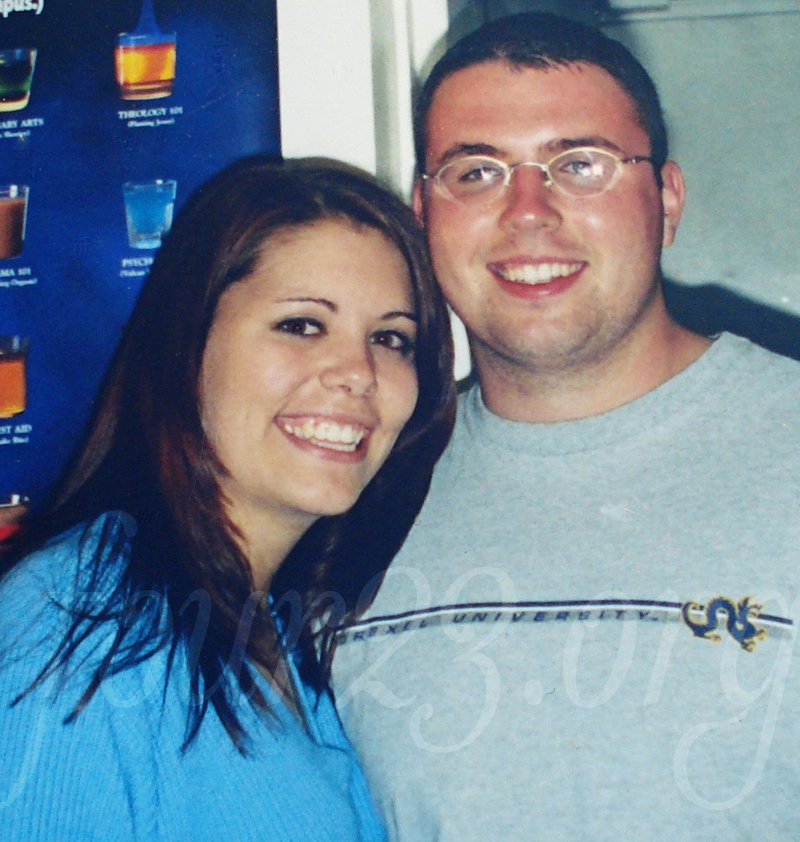 This is Steve and I, circa Fall 2000 or Spring 2001 – though I’m assuming since I was wearing a sweater it was most likely fall. I know this because that poster behind us is one of those ubiquitous drinking posters that I picked up at Spencer’s and hung in the apartment I shared with four of my sorority sisters at the time. I was probably only 19 here and he had mostly likely just turned 20. We were fresh into our new relationship that had started that summer. I have always loved this picture of us and man if I could’ve told myself back then how awesome it would be today, I probably wouldn’t have believed it! Eleven years later and we’re still going strong. He is my world!